Chairman of Azusa Sekkei - Japan visited CONINCO TOWER and congratulated CONINCO on the occasion of 40th anniversary of establishment. 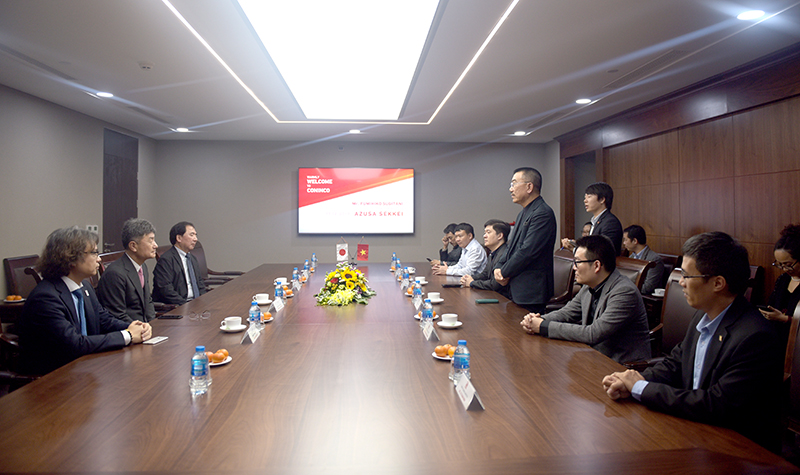 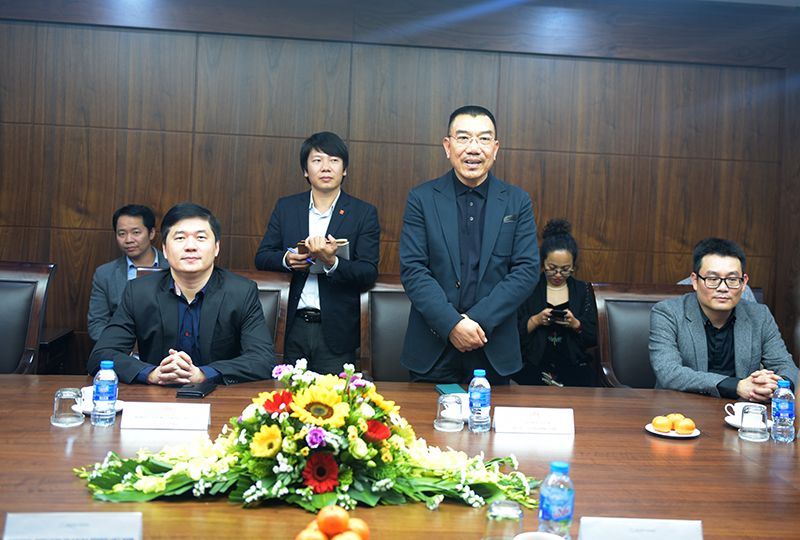 Mr. Nguyen Van Cong - Chairman of BoM gave a speech at the meeting

At the beginning of the reception, on behalf of the entire Board of Directors and staff of CONINCO Chairman Nguyen Van Cong expressed his appreciation for the presence of Chairman Azusa Sekkei Fumihiko on CONINCO's great occasion and the gifts Azusa had given. The Chairman of CONINCO emphasized that CONINCO and Azusa have had a close cooperative relationship for a long time, CONINCO highly appreciates this relationship and CONINCO will try our best to seek more cooperation opportunities between the two sides. CONINCO Chairman believed with the sincerity of officials and the interest of the leaders of the two sides, the future cooperation of CONINCO and Azusa will be more effective and certainly more successful. 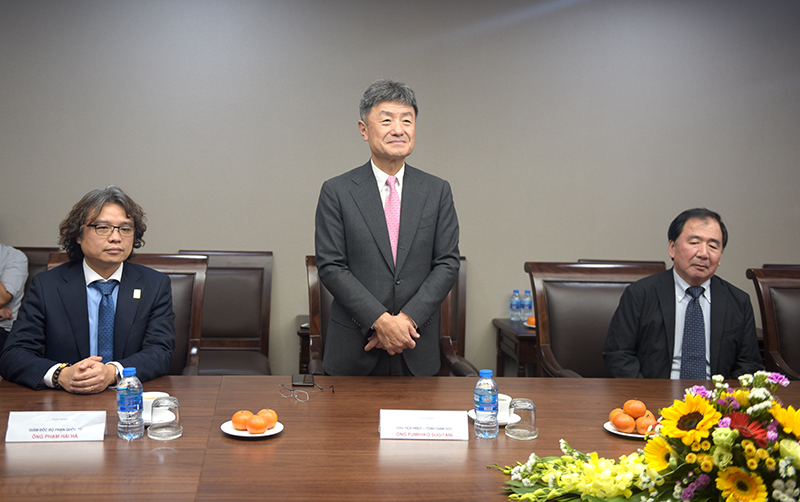 Mr. Fumihiko SUGITANI - Chairman of Azusa Sekkei (in the middle) gave a speech at the meeting

Sharing at the reception, Chairman of Azusa – Mr. Sekkei Fumihiko SUGITANI was very grateful for the enthusiastic reception as well as the gifts of the Chairman Nguyen Van Cong also the Board of Directors and CONINCO staff and expressed their surprise and admiration at the scale as well as spacious and modern of CONINCO TOWER. Mr. Fumihiko SUGITANI also shared about Azusa's achievements during the cooperation with CONINCO, from a design consulting company in Top 8 of Japan, thanks to the support of CONINCO, Azusa is now one of the leading design consulting companies in Japan. The success and development of Azusa today has made significant contributions from CONINCO. Mr. Fumihiko SUGITANI expressed his desire to develop for a long time in the Vietnamese market and would be delighted if Azusa contributed a part in the development of CONINCO in particular and of Vietnam in general. 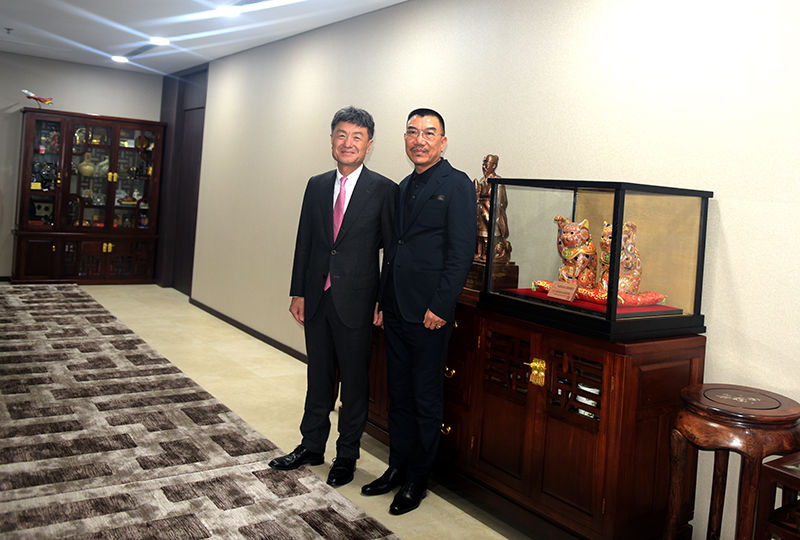 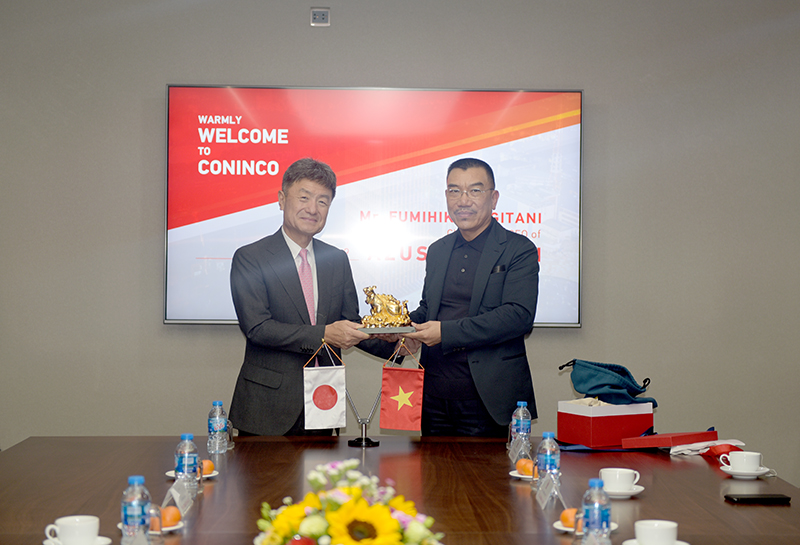 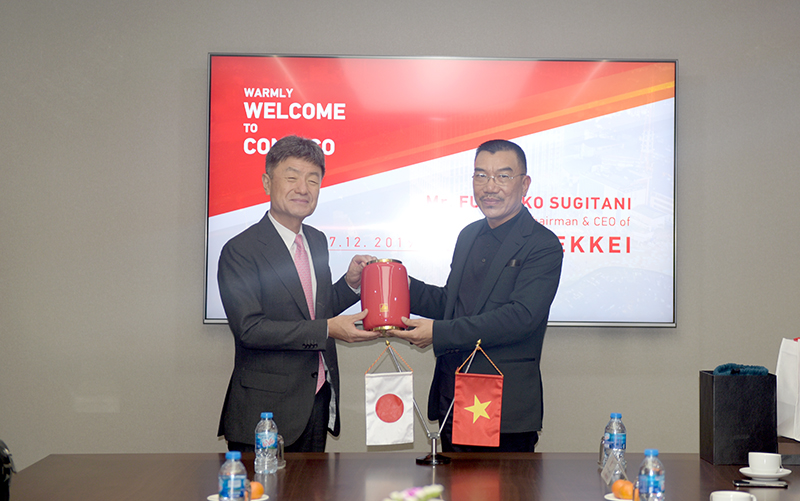 In response to the wish of Chairman Azusa, Chairman Nguyen Van Cong believed that in the coming time, CONINCO would find a new working method to increase work efficiency to bring about clearer success for the two sides.

The reception took place in an atmosphere of intimacy and warm. Chairman of CONINCO and Azusa send health wishes and happy New Year to all leaders and employees of both sides, hoping for a remarkable development and deep and lasting cooperation in the future.