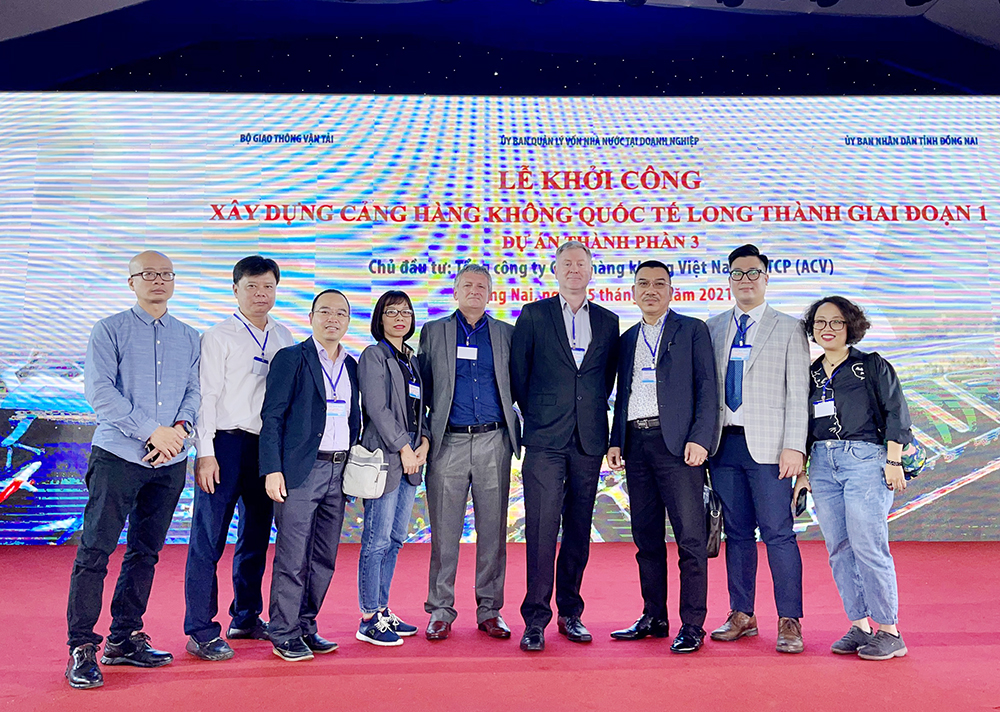 On the morning of January 5, 2021, the project of Long Thanh International Airport phase 1 officially started in Long Thanh district, Dong Nai province, the groundbreaking was organized by the Ministry of Transport, the State Capital Management Committee at Enterprises and Dong Nai Provincial People's Committee. This is the first important event in 2021 of the transport industry and also the leading large-scale key project in the aviation sector ever. Consultant and Inspection Joint Stock Company of Construction Technology and Equipment (CONINCO.,JSC) is proud to be the unit participating in the consulting services for this key project. 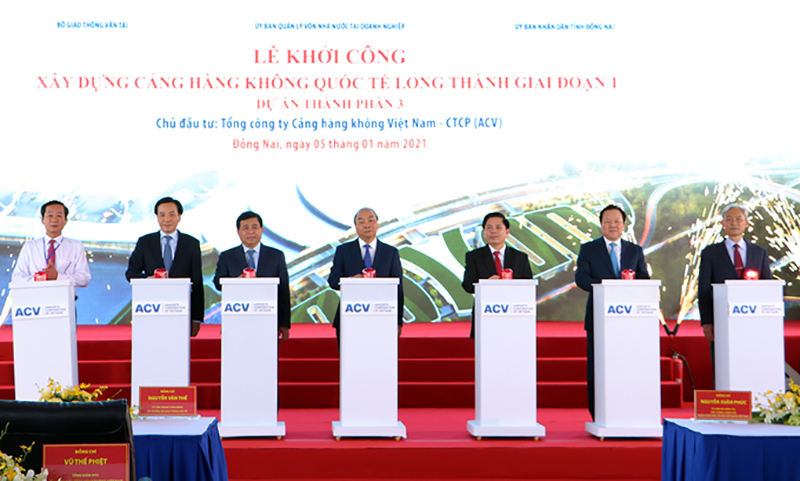 CONINCO, the leading member of the 4-party Consultant Consortium including CONINCO - NACO (Netherlands) - ARUP (UK) - AEC, has been trusted by the State Appraisal Council to earn the place to participate in the implementation of bidding package Verification of the consulting services of the Feasibility Study Report of Long Thanh International Airport Construction Investment Project Phase 1. Attending the Groundbreaking Ceremony, from CONINCO, there were Mr. Nguyen Van Cong - Chairman of the Board of Directors, Mr. Nguyen Minh Quan - Deputy General Director, Mr. Nguyen Luong Binh - Deputy General Director and the verification consulting team of CONINCO. 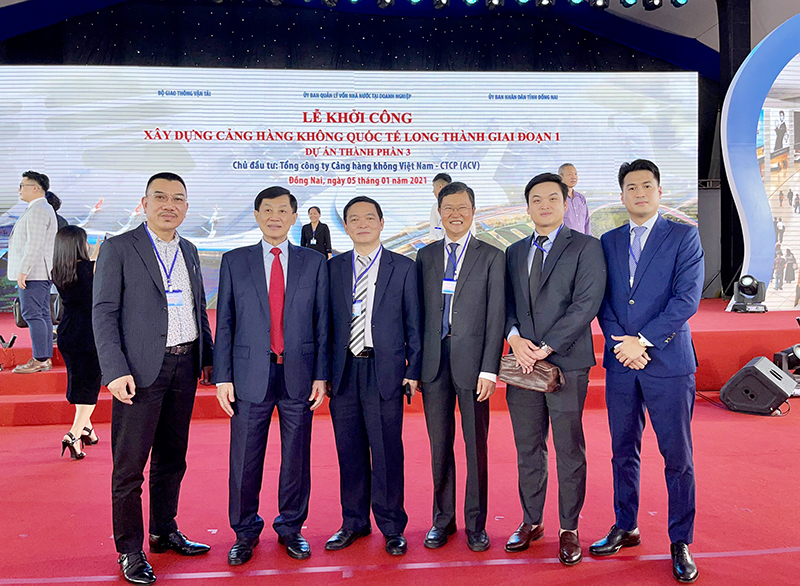 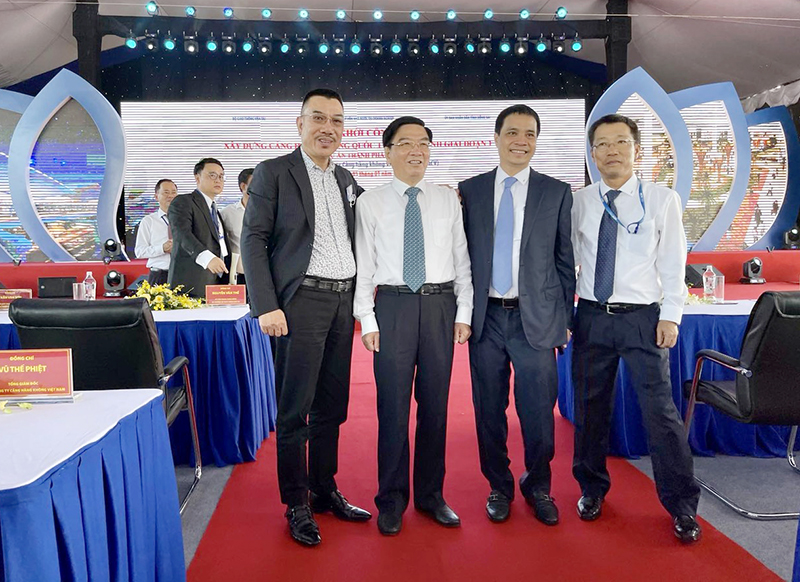 Speaking at the groundbreaking ceremony, Prime Minister Nguyen Xuan Phuc emphasized that when the good and modern infrastructure will open up new development spaces, create new growth engines, promote economic development, create new competitiveness capacity. Therefore, the Government has always focused on developing transport infrastructure, especially aviation. Long Thanh International Airport project is in the top 16 most anticipated airport projects in the world. This is a particularly important national infrastructure project with the largest total investment ever, approved by the National Assembly in terms of both an investment policy and a feasibility study report, and the project also received the attention of Prime Minister Nguyen Xuan Phuc who has given the drastic instructions for the implementation of the project. The project will have a great significance for socio-economic development, national defense, and security assurance. 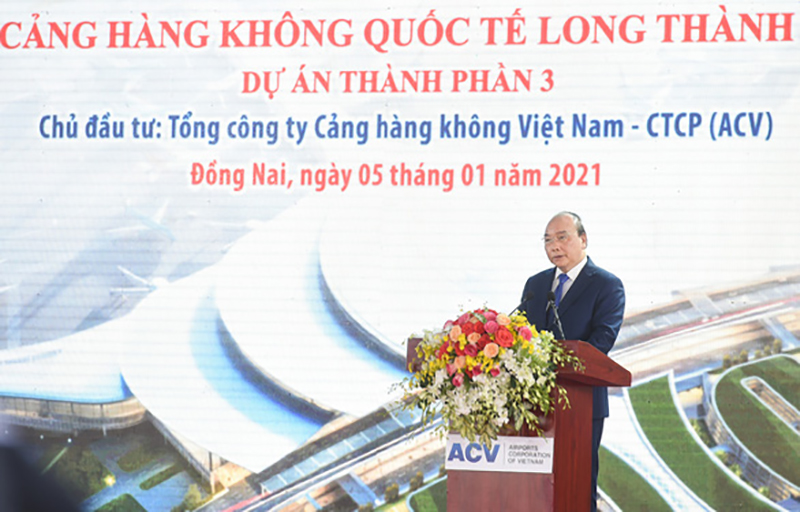 Long Thanh international airport phase 1 with a total investment of 109,111.7 billion VND (equivalent to 4,664.89 million USD) including a runway with the latest international standard length of 4,000m, 75m wide and a system of taxiways, aprons to ensure operation of all types of aircraft; 1 passenger terminal with synchronous auxiliary items with a capacity of 25 million passengers/year with a total floor area of 373,000m2; 1.2 million tons of cargo/year. It is expected completion of phase 1 and put into operation in 2025.

The goal of the project is to construct Long Thanh International Airport as a level 4F airport of the International Civil Aviation Organization (ICAO). When completed, Long Thanh will become one of the international air transit hubs, serving the development strategy of Vietnam's air transport, directly sharing the burden for Tan Son Nhat airport, which is already too overloaded for years. This project is not only an important trading hub but also a highlight showing the strategic vision, accelerating the nation's development, and faster integration. The commencement of major projects right from the first working days of 2021 can be considered as the start of a new stage of development in the country. 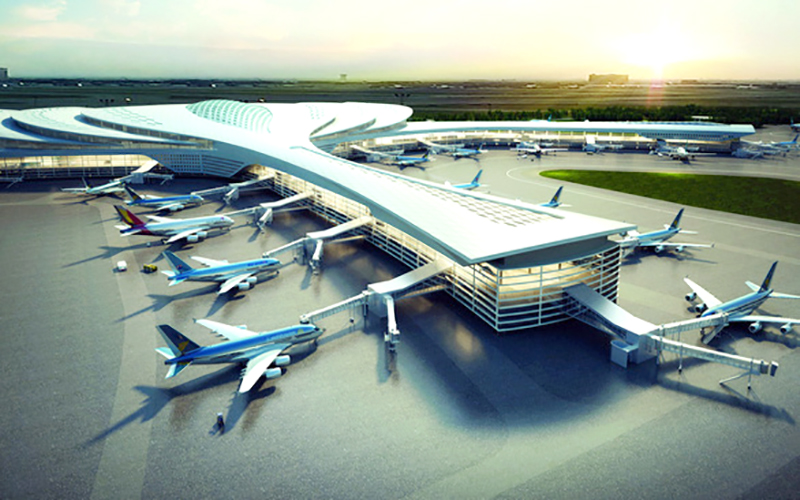