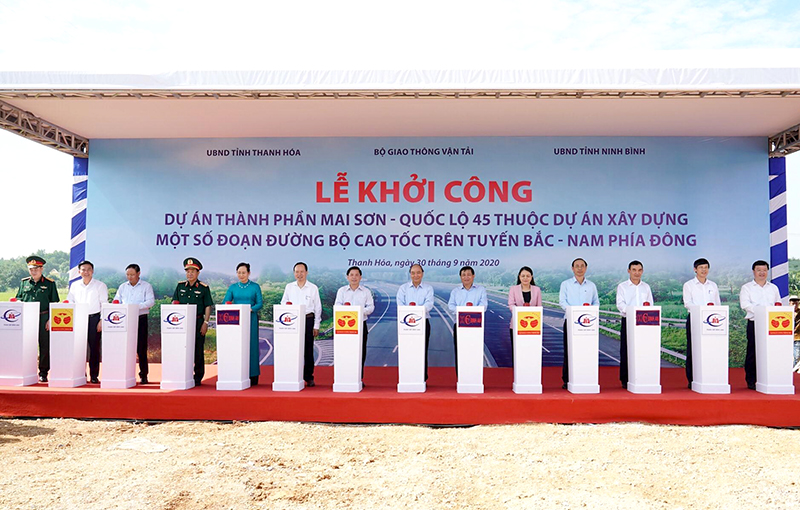 The Mai Son – National Highway 45 component project runs 63.37 kilometers through two provinces of Ninh Binh and Thanh Hoa with four lanes and a speed of 80km/h. This project has a total investment of over VND 12 trillion. Project construction time is expected to be 2 years and will be put into operation in 2022.

The starting point of the project is located at the intersection with provincial road 477 (coinciding with the endpoint of Cao Bo - Mai Son section), in Yen Mo District, Ninh Binh province. The endpoint of the project is at the intersection with Nghi Son - Tho Xuan road (coinciding with the beginning of National Highway 45 - Nghi Son section), in the territory of Nong Cong district, Thanh Hoa province. 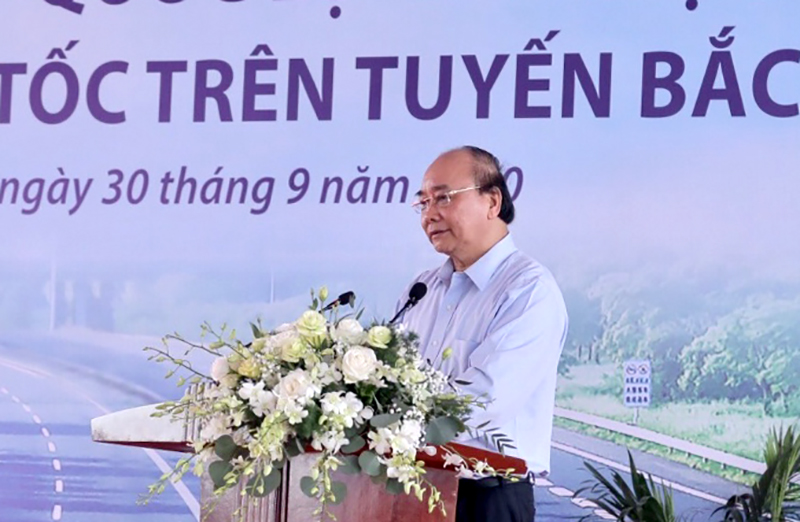 Speaking at the ceremony, Prime Minister Nguyen Xuan Phuc emphasized that, with the spirit of traffic one step ahead to promote socio-economic development, the commencement of the project is of great significance event, creating new spirit, practically welcome the Party Congress at all levels to the XIII National Party Congress. Prime Minister praised the Ministry of Transport, PMU and Thanh Hoa, Ninh Binh, Nghe An provinces for their efforts, trying to speed up legal documents, selecting contractors, accelerating progress and early handover space for Implementation Units. In particular, the Prime Minister emphasized that the contractors implementing the project must comply with the technical standards approved by the functional levels, the consulting, designing, and supervising units should also raise their responsibility in each stage, ensuring the quality and progress of the project

The North-South expressway project is a national key project and is an exemplary project in management, supervision, construction organization, prevention of negative effects in construction investment management, quality assurance, and on schedule as directed by the Prime Minister. Therefore, in the selection of design consultants, supervision consultants, construction contractors, the Ministry of Transport has developed standard criteria for equipment capacity, financial capacity, construction experience, human resources involved in the project to select contractors.

CONINCO is proud to continue be chosen for performing the supervision consultancy services for this important project. CONINCO, with experience in implementing grade 1 and special grade traffic projects, together with a sustainable brand name assurance for the future, is committed to serious implementation, strict supervision, on-time progress,quality assurance, and labor safety during construction. 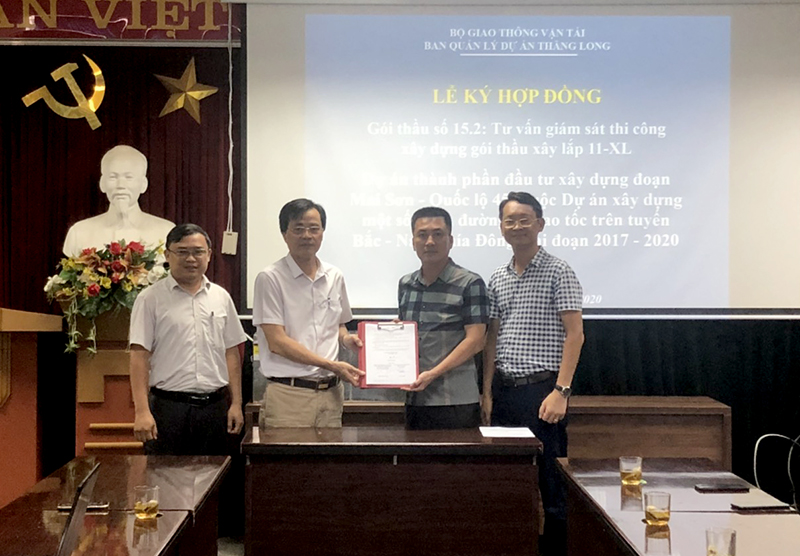 The project, when putting into operation, is expected to solve all the limitations of the National Highway 1, gradually forming a North-South Expressway in the East with great capacity, safety, and high speed, meeting transportation needs, shortening the journey on the North-South axis; connecting economic and political centers in the southern central provinces and the key economic region of the Southeast, gradually completing synchronous infrastructure, promoting socio-economic development, and ensuring security and defense.

The commencement of the construction of these 3 projects had realized the determination of the Government to promote economic growth and create jobs for workers in the context that Vietnam is heavily influenced by the COVID- 19.