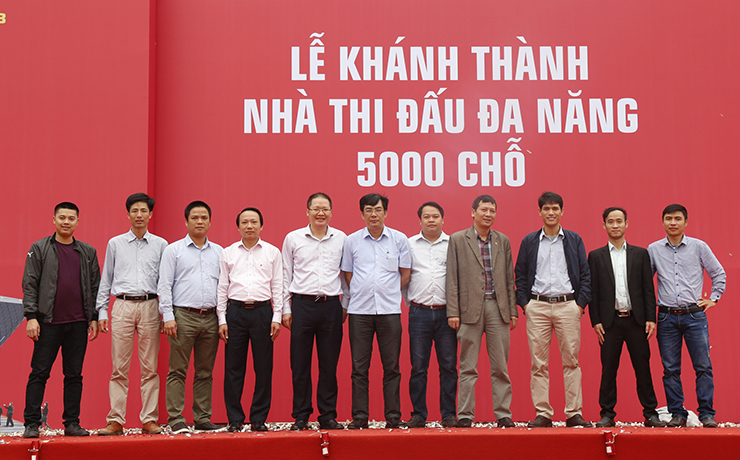 On March 17, the Grand Opening Ceremony of the 5,000-seat multi-purpose Stadium of Dong Bac Sports Center (Dai Yen Ward, Ha Long City) was organized in Ha Long City. This is a key project for the effective implementation of important sports institutions of Quang Ninh province with the scale of nearly 15ha, the total investment of more than 1,100 billion dong in the BT form invested by Vingroup. CONINCO well completed the project management consultancy, construction and equipment installation supervision for this project.

With the idea of "a new turtle-shaped island in the Ha Long Bay", the completed project is outstanding with complicated 3D architectural curves which describe the rocky curves of the rocky islands. 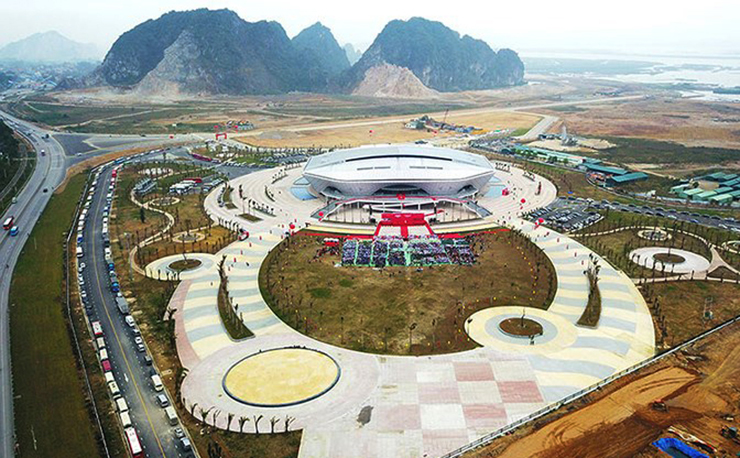 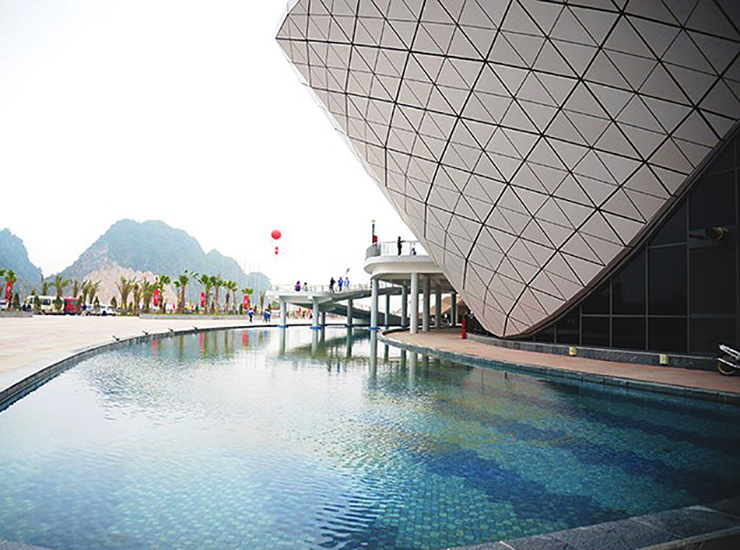 The first floor of the Stadium is fully equipped with the following subdivisions including: The area for organizing sports competitions such as mini football, badminton, basketball, table tennis, handball, gymnastics, martial arts,... has an area of up to 3.200 m2, using the floor mats in conformity with multifunctional international standards, having the mobile stadium seating system. The auxiliary areas for athletes, referees, coaches, training rooms, training centers; VIP area, club and management areas,... are fully and scientifically designed.

The second and the third floor are the stadium seating area, VIP seats, communications room, narration room, audio and light control room, conference room, commentary room,... designed according to international standards. What makes the building special is the roof system with 3-dimensional bending alloy in the space to create unique architectural highlights, first appeared in Vietnam.

In order to create this impressive work, the consultants and construction contractors used many new and modern materials from the US, Korea, Sweden ... with the team of engineers, workers who constantly executed and supervised on the construction site so that the works could be built efficiently, safely and on schedule. Mr. Vu The Van - Project Management Director of CONINCO to receive the Certificate of Merit from Chairman of People's Committee

On this occasion, the Chairman of the provincial People's Committee awarded Certificate of Merit to the Project Management Director of CONINCO - Project Management Consultant Unit together with collectives and individuals who made outstanding achievements in the process of implementing and investing in the construction of the 5,000 seat multi-purpose stadium.

The Grand Opening Ceremony of the work in the year of National Tourism 2018 - Ha Long - Quang Ninh will make this place become a new stop, attracting domestic and foreign tourists to Ha Long - Quang Ninh together with featured and attractive culture - sport events. CONINCO is proud of contributing significantly to ensure the quality and progress of the 5,000-seat multipurpose stadium in particular and providing the best and perfect service to projects throughout the country. The success of each project CONINCO participates in has affirmed the position and brand name of CONINCO increasingly reach out.