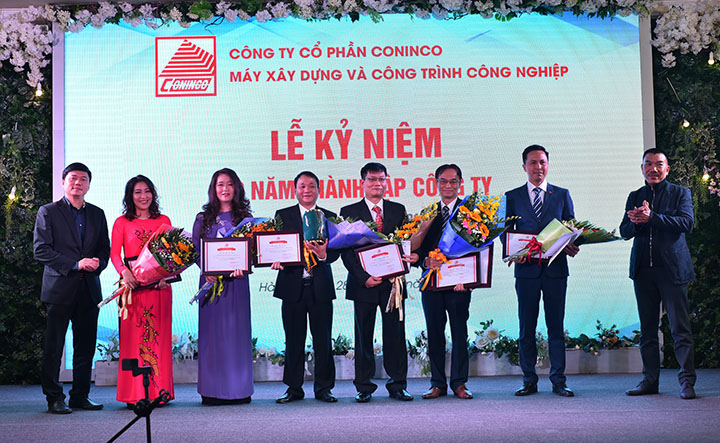 On December 28th, 2017, Construction Machinery and Industrial Works CONINCO Joint Stock Company (CONINCO-MI) organized the Anniversary of 10 Years of Establishment to summarize the achievements of the staffs and employees.

Regarding CONINCO, Chairman of BoM Nguyen Van Cong, General Director Ha Minh and some leaders of the company congratulated CONINCO - MI on this occasion. 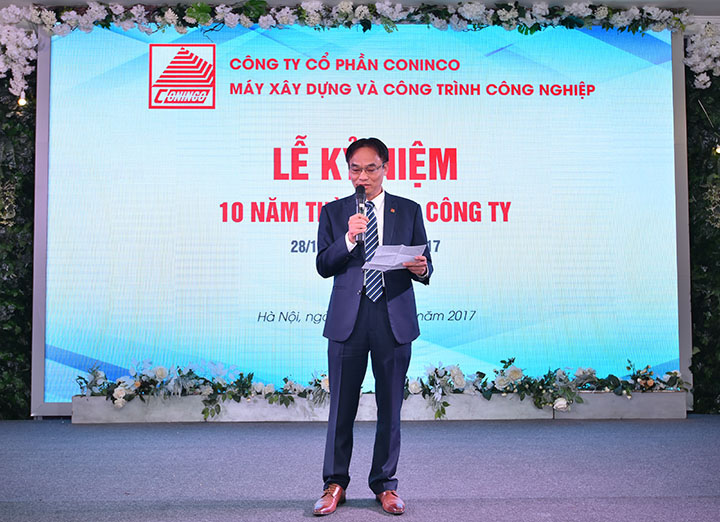 At the ceremony, Mr. Cao Minh Tuan - Chairman cum CEO of CONINCO-MI delivered the opening speech and shared about 10 years of striving and overcoming many difficulties to build the spirit, value and human resources of today’s CONINCO-MI. Established in December 2007, Construction Machinery and Industrial Works CONINCO Joint Stock Company (CONINCO-MI) was formerly the Construction Machinery and Industrial Works Consulting Center under CONINCO. With the high quality consultancy products, CONINCO-MI has gradually developed, and so far the company has 3 centers, 3 functional departments, 46 staff and many collaborators. In addition to consulting services, quality management, construction design, M&E design for civil and industrial works, CONINCO-MI has researched and successfully registered with the National Office of Intellectual Property of Vietnam: 4 patents and 1 utility solution. These patents relate to renewable energy and energy savings.

On behalf of the BoD of CONINCO-MI, Mr. Cao Minh Tuan sent his deepest and most respectful speech to CONINCO - the origin as well as the premise place from which CONINCO-MI has been developing as today.

Also in the ceremony, Mr. Nguyen Van Cong - Chairman of CONINCO congratulated the achievements that the BoD and staffs of CONINCO-MI have gained in the past 10 years. On this occasion, CONINCO also granted the Certificates of Merit to BoD of CONINCO-MI who made excellent achievements and contributed to sustainable development of CONINCO’s brand name.