From June 26th to July 3rd, 2017, Dr. Ha Minh - General Director of Consultant and Inspection Joint Stock Company of Construction and Technology and Equipment (CONINCO., JSC) participates in the delegation of Vietnamese Ministry of Construction lead by Mr. Le Quang Hung - Deputy Minister as receiving the invitation of the International Code Council - ICC and American Concrete Institute - ACI. During the eight days period, the delegation worked in the cooperation in technical standards and codes in the construction sector in the United States.

The first standards related to Vietnamese construction techniques were conpiled based on the French construction techniques which were introduced into Vietnam in the early 20th century. In 1996, in order to meet the requirements of building management and in accordance with the international practice, the Ministry of Construction has compiled and issued the three volumes of Vietnamese Construction Codes (QCVN) which are the mandatory technical regulations. This is also the first set of technical codes in Vietnam, marking the renewal of the technical management system of the construction industry before the year of 2000. Howerver, some standards and codes of the construction industry has currently exposed the certain limits. 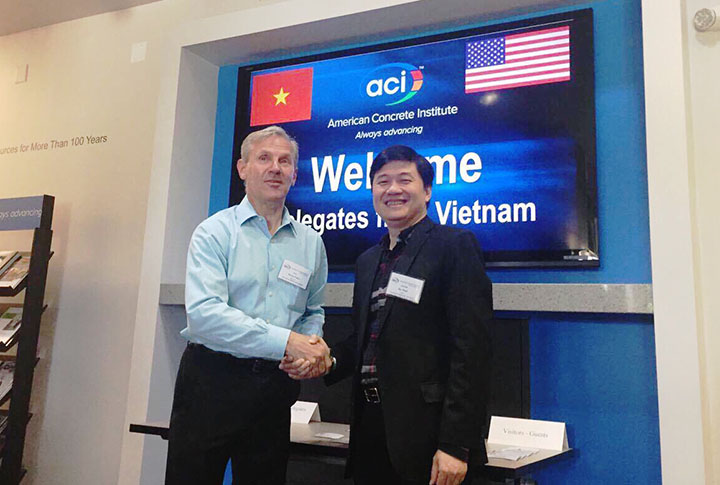 On June 28th, at the headquarters of the American Concrete Institute, the delegation held a seminar to compile, promulgate, apply and manage the standards of design, construction, acceptance if reinforced concrete construction of high buildings; solution for shrinkage and crack reduce in reinforced concrete structures and other issues of the construction industry. The Department of Science, Technology and Environment - Ministry of Construction signed an agreement with the American Concrete Insitute about transliterating all of the Code 318 Building Code Requirements for Structural Concrete and ACI 336 Design and construction of foundation bore pile. This code has been applied widely in the world and also applied in some large construction projects in Vietnam with non-state capital.

Dr. Ha Minh took several meetings with partners in the United States to exchange the opportunities for cooperation between CONINCO and international partners. 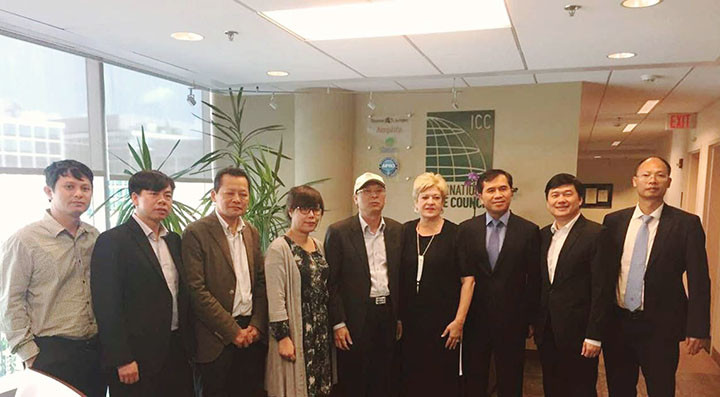 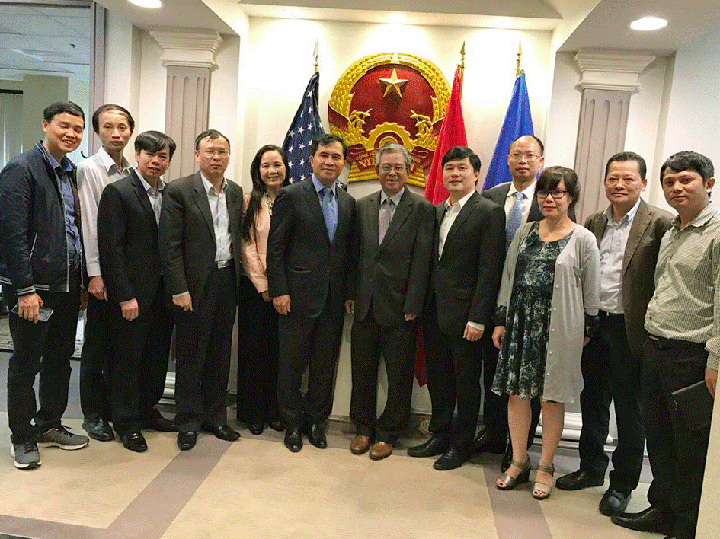 Renovating and completing the system of technical building standards and codes is a important issue to enhance the effectiveness and efficiency of state management to the urban development projects and activities on construction investment throughout the country. The Decree No. 05-NQ/TW dated on May 16th, 2016 in the Fourth Conference of the Central Committee of the Communist Party of Vietnam (XII Party Central Committee) on some major direction and policies to continue the renovation of the model of growth, growth quality improvement, labor productivity and competitiveness of the economy on the content of "Review and complete the system of codes, standards, economic and technical norms, construction unit prices, investment of the economy sectors".

Following that, the Decree No. 01/NQ-CP of the Government was promulgated on January 1st, 2017 on the main tasks and solutions to direct the implementation of socio-economic development and budget estimates. In 2017, the Ministry of Construction has been assigned to lead and coordinate with Ministries; central and local agencies in studying, elaborating and to submit to the Prime Minister with the scheme to complete the system of standards and codes in building sector.