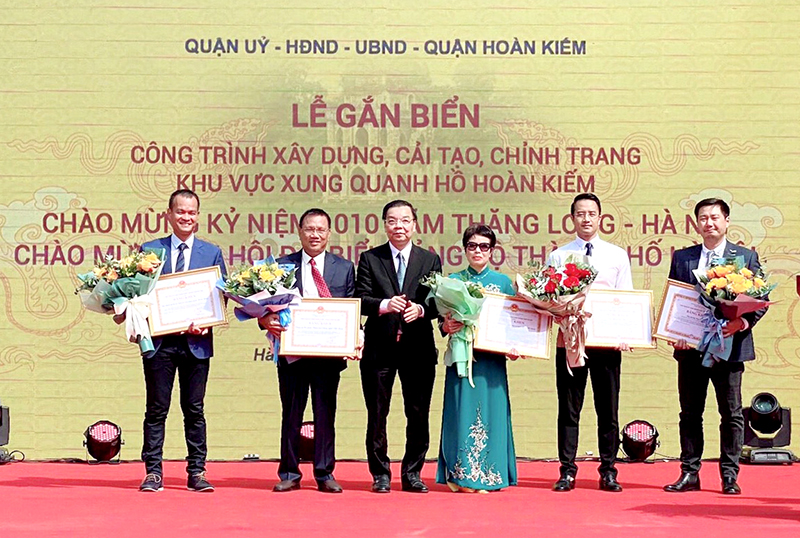 On the morning of October 10, 2020, Hoan Kiem district held a ceremony to attach the signboard of construction works, renovation, and embellishment of the area around Hoan Kiem Lake. This is the 1010 anniversary project of Thang Long - Hanoi and Hanoi's 17th Party Congress for the 2020 – 2025 period. Consultant and Inspection Joint Stock Company of Construction Technology and Equipment - CONINCO has undertaken the task of Supervision Consultant for this project. Secretary of the Hanoi City Party Committee Vuong Dinh Hue, Chairman of the People's Committee of Hanoi Chu Ngoc Anh, and representatives mounted the signboard of the 1010-year anniversary of Thang Long - Hanoi 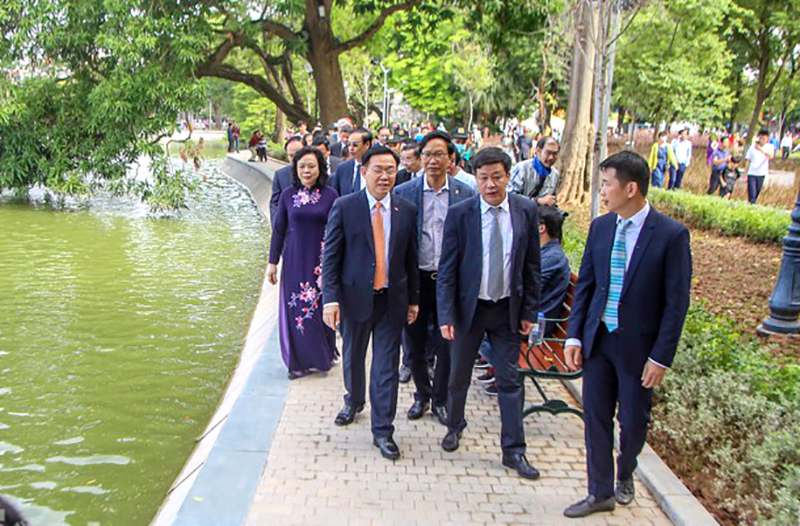 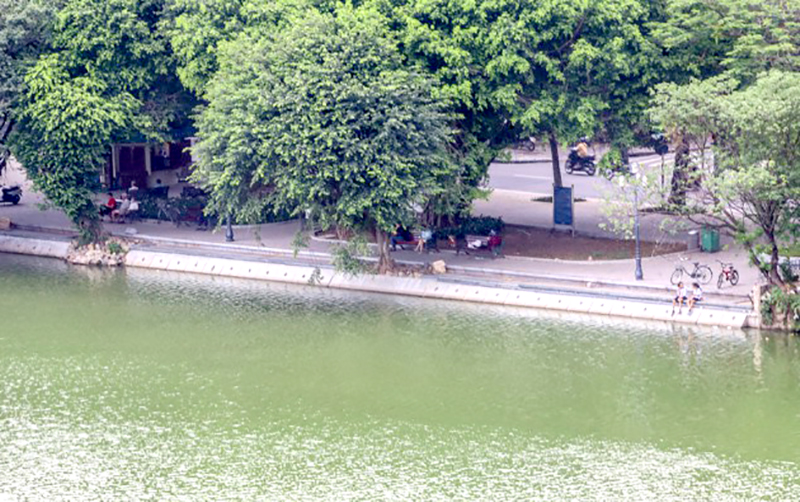 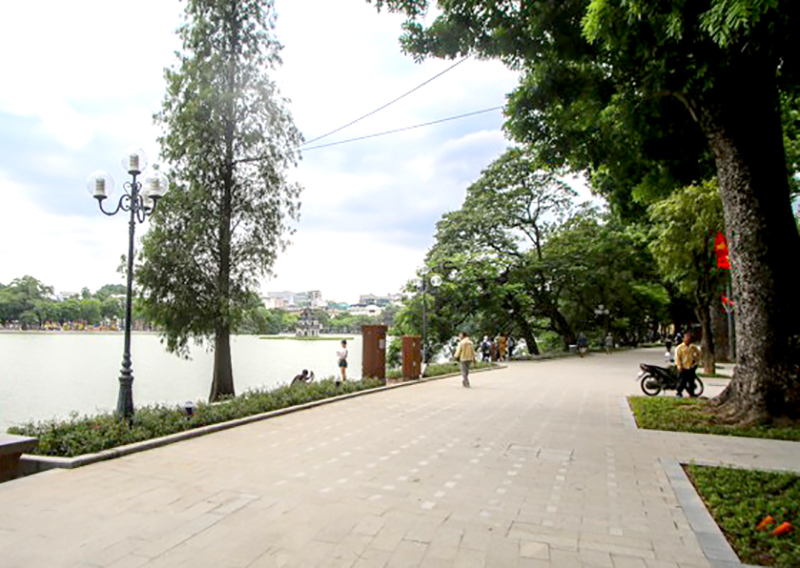 The project to improve the pavement using marble meets the criteria: aesthetic, safe, non-slip in the rain and sustainable. 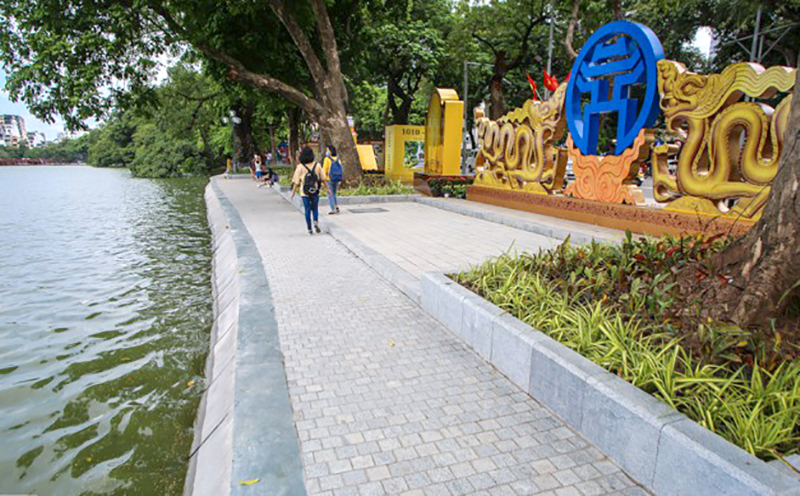 At the ceremony, Member of the Politburo, Secretary of the Hanoi Party Committee Vuong Dinh Hue awarded a Certificate of recognition for the work to celebrate 1010th anniversary of Thang Long - Hanoi and Hanoi's 17th Party Congress for the 2020 – 2025 period for leaders of District Party Committee, People's Council, People's Committee of Hoan Kiem District. 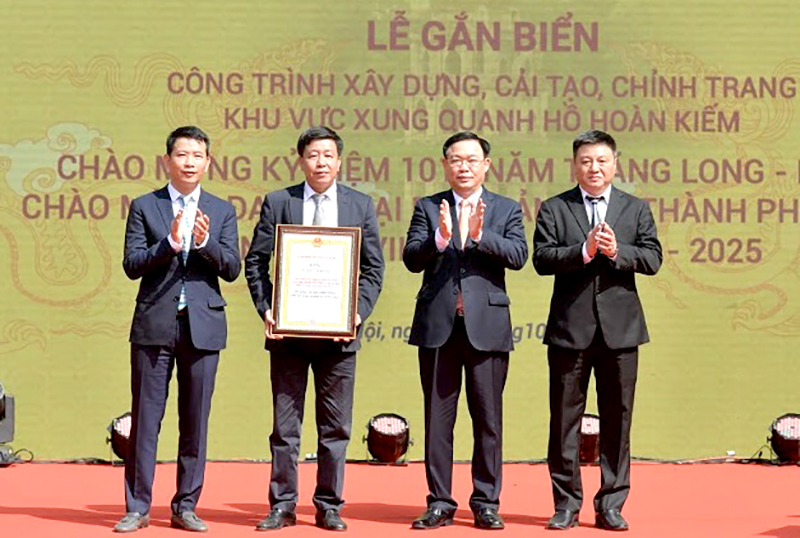 Secretary of the Hanoi Party Committee Vuong Dinh Hue awarded certificates of recognition for the work to Hoan Kiem district.

Hoan Kiem Lake is located in the heart of Hanoi's inner city, which contains a treasure of tangible and intangible culture, associated with the history of the capital of a thousand years of civilization. The project is carefully and scientifically researched and deployed by scientists and experts, with high quality, basically does not change the characteristic values of space, landscape, and remains unchanged natural soil condition and greenery. Therefore, during the project implementation, to ensure the requirements of quality, landscape and progress during the COVID-19 pandemic are complicated CONINCO always closely monitors and urges the construction contractor in all items meticulously, accurately, and safely. According to Mr. Pham Tuan Long - Chairman of Hoan Kiem District People's Committee, CONINCO - a Supervision consultant unit has paid special attention to labor safety, environmental sanitation, fire prevention as well as quality assurance, work progress. The inspection of input materials is strictly carried out in accordance with the prescribed process.

Also at the ceremony, the Chairman of the City Mr. Chu Ngoc Anh awarded certificates of merit to 3 collectives and 3 individuals with excellent achievements in the process of implementing the project. Mr. Nguyen Van Binh, Deputy Director of CONINCO Project Control Center, leader of the Supervision Consulting Team is honored to receive the Certificate of Excellence in the process of project implementation. 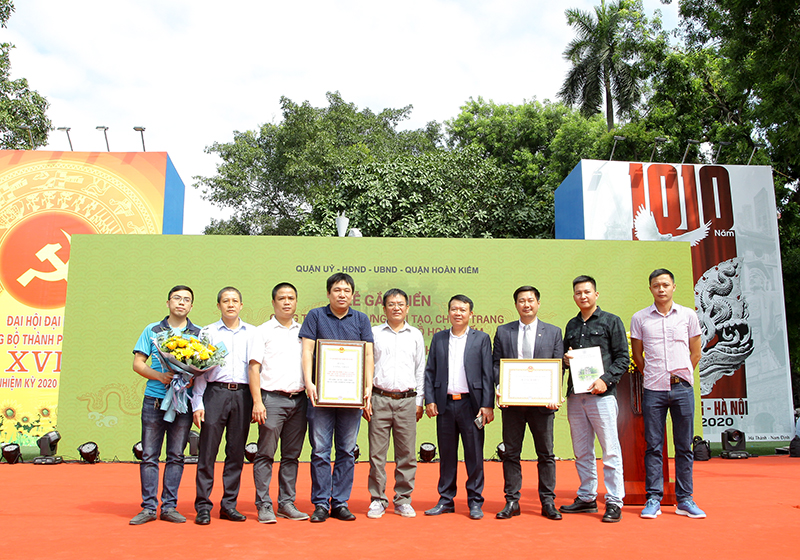 Deputy General Director Mr. Nguyen Manh Tuan (4th from the right) congratulates the supervision consultant team for the outstanding completion of the task.

Certificate of Merit from the Chairman of the Hanoi People's Committee for each individual or CONINCO is an honor, pride but also a challenge for each member of CONINCO, we will increasingly be improving and cultivating knowledge and experience to build a strong personal brand in a sustainable development CONINCO team.

Building trust for customers with the CONSCIENTIOUSNESS in each job and the QUALITY in each project, CONINCO develops sustainably with the prosperity of the country.