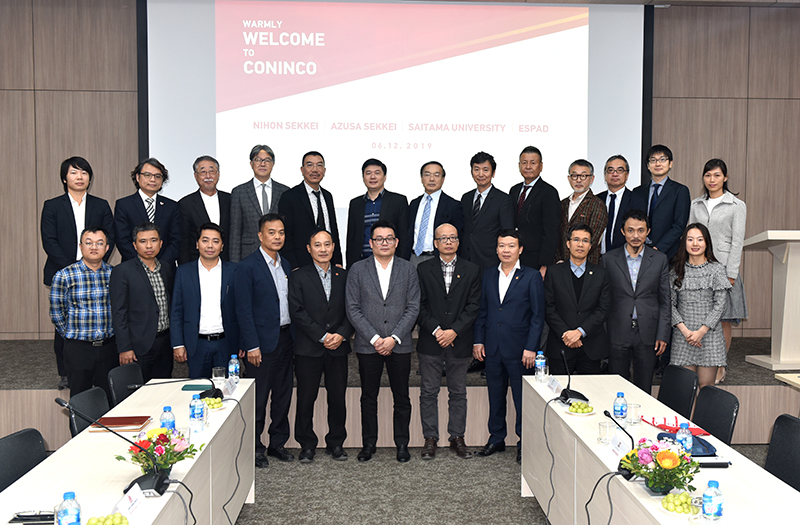 On December 6, 2019, Consultant and Inspection Joint Stock Company of Construction Technology and Equipment (CONINCO.,JSC) held a ceremony to welcome senior executive of partners from: Nihon Sekkei, Azusa Sekkei, University of Saitama, and ESPAD - Japan, came to congratulate on the occasion of the 40th anniversary of CONINCO's establishment and the opening of CONINCO Tower. The ceremony took place at CONINCO headquarters at number 4 Ton That Tung street after two years of complete construction.

On CONINCO's side, participating in welcoming the international delegations were Mr. Nguyen Van Cong - Chairman of the Board of Management, Dr. Ha Minh - General Director, Board of Management together with the leader of management departments and production units.

Opening ceremony Dr. Ha Minh would like to thank the international partners for congratulating the 40th anniversary of the establishment and the opening of CONINCO' Tower. Dr. Ha Minh shared that Nihon Sekkei, Azusa Sekkei, and Saitama General University are long-term and reliable partners with the company, he hopes that this close relationship will continue to be maintained and reach further development in the near future. 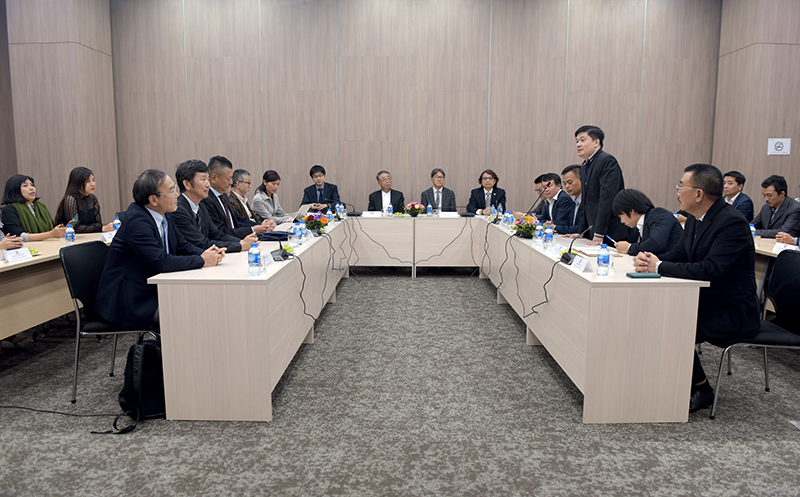 Dr. Ha Minh - General Director was giving a speech at the ceremony

Giving a speech at the ceremony, Chairman Nguyen Van Cong briefly introduced CONINCO TOWER headquarters, he expressed that this is a dedicated project of the company bearing the impression of CONINCO people; The success of the project marks a major turning point in CONINCO's capacity and showcases as a symbol of sustainable and solid development in the journey of 40 years of construction and growth. In addition, the Chairman also shared his feelings toward CONINCO's 40 years of development and beyond, on this journey, the Chairman did not forget to acknowledge the support and cooperation from Nihon Sekkei, Azusa Sekkei, and the University. Saitama University. He believes in a future of cooperation and further expansion among the parties. 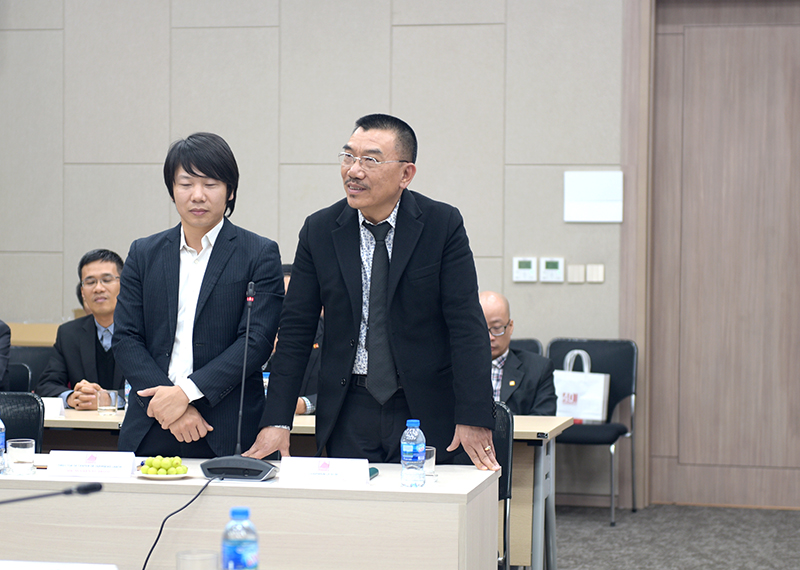 Mr. Nguyen Van Cong - Chairman of the Board of Management is giving a speech at the ceremony 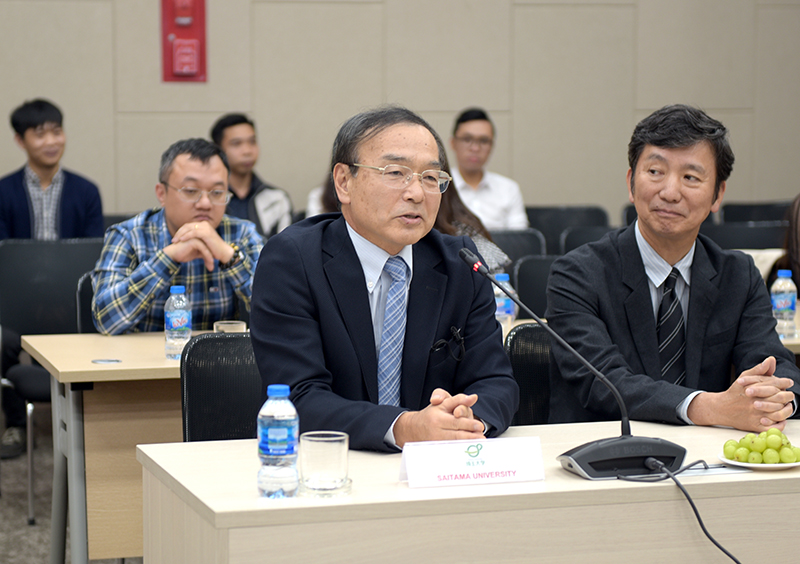 Prof. Hiroshi Mutsuyoshi of Saitama University shared memories of cooperation in the field of training high-quality human resources with CONINCO 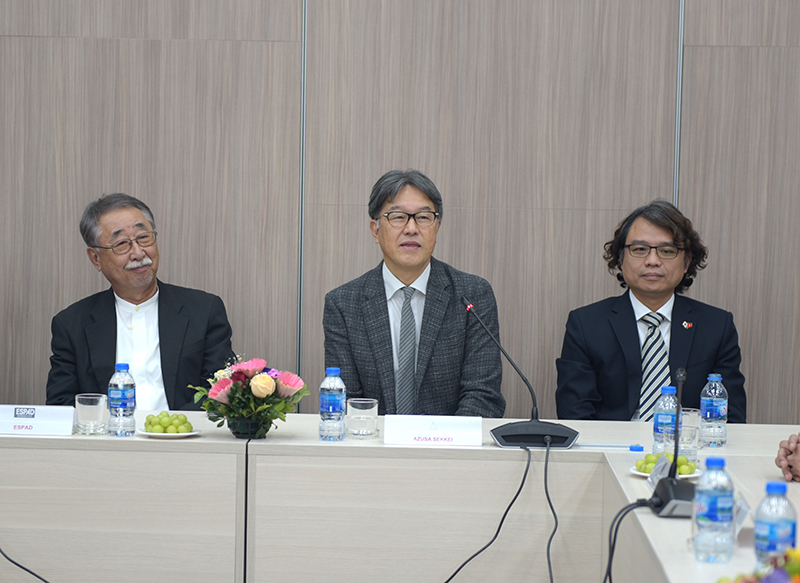 Mr. Koji YANAGIDA - CEO is giving a speech at the ceremony (in the middle) 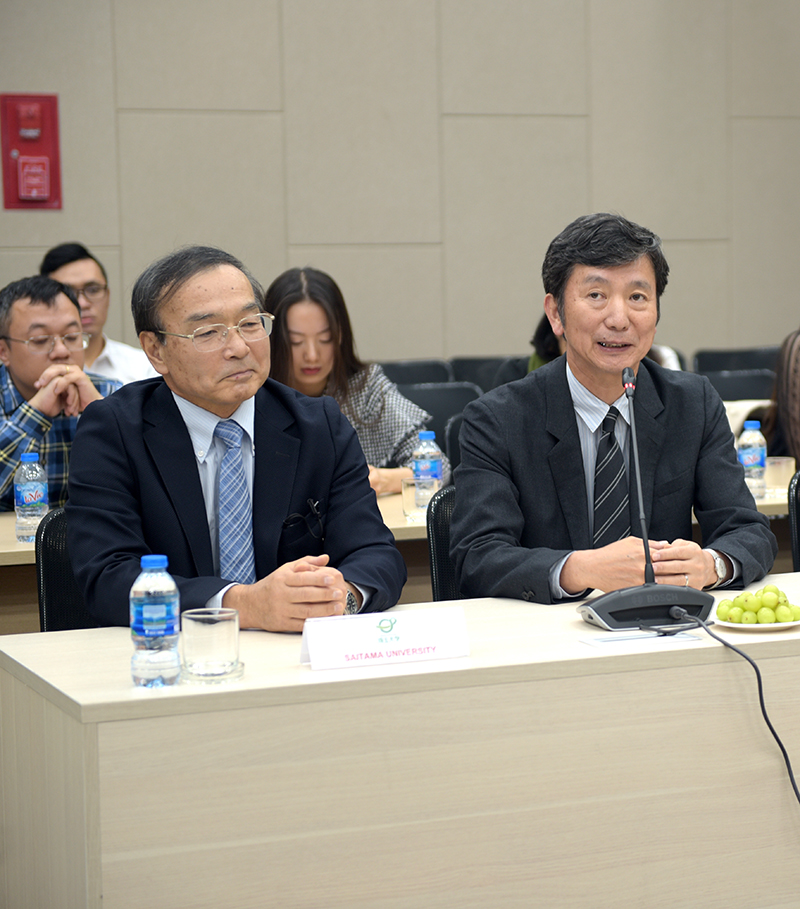 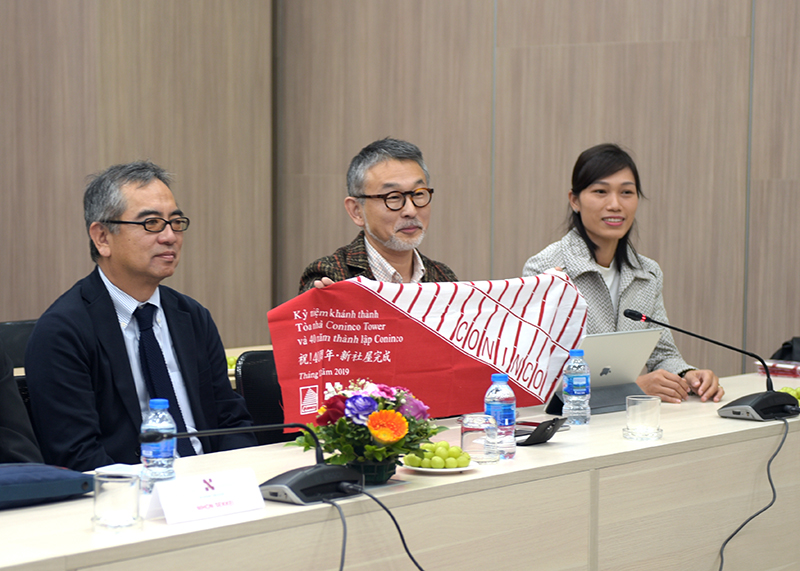 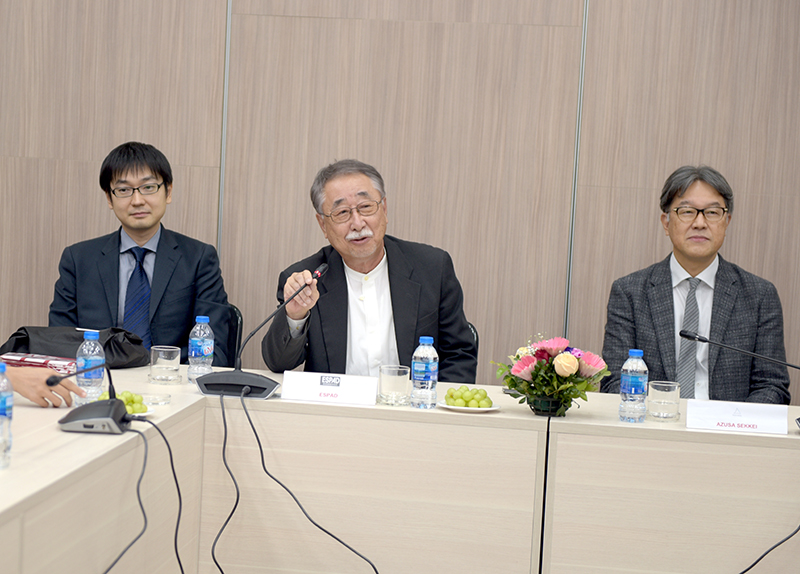 Mr. Michimasa FUJIE - Chairman of ESPAD company is giving a speech at the ceremony (in the middle)

In response to the love of international partners, CONINCO also gives gifts of gratitude to Nihon Sekkei, Azusa Sekkei, Saitama University, and ESPAD. 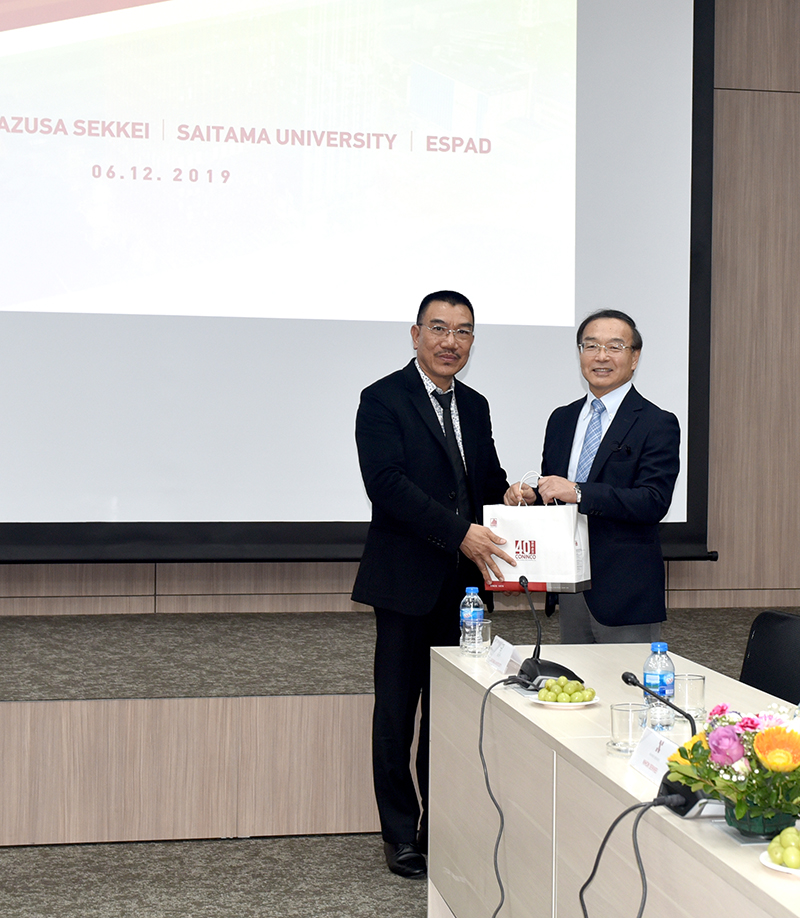 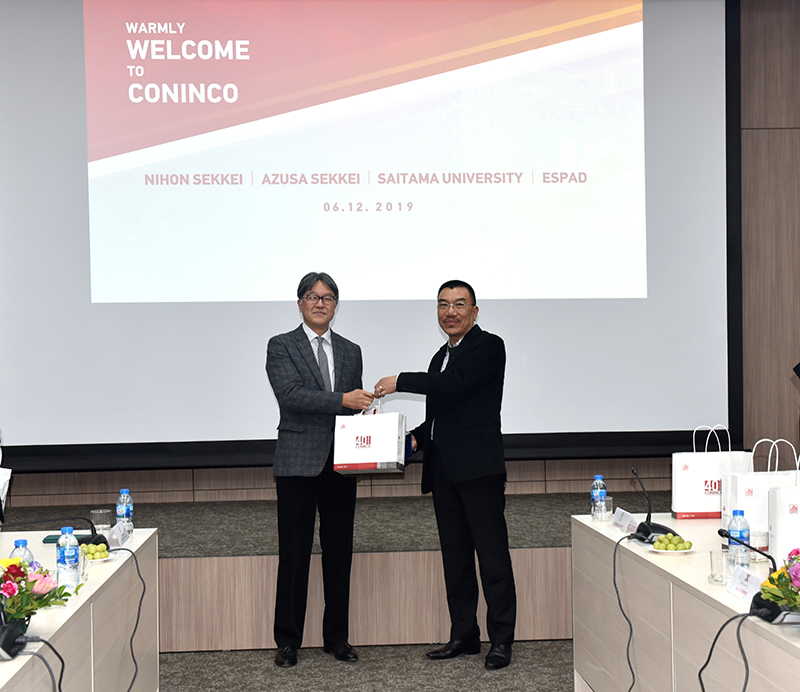 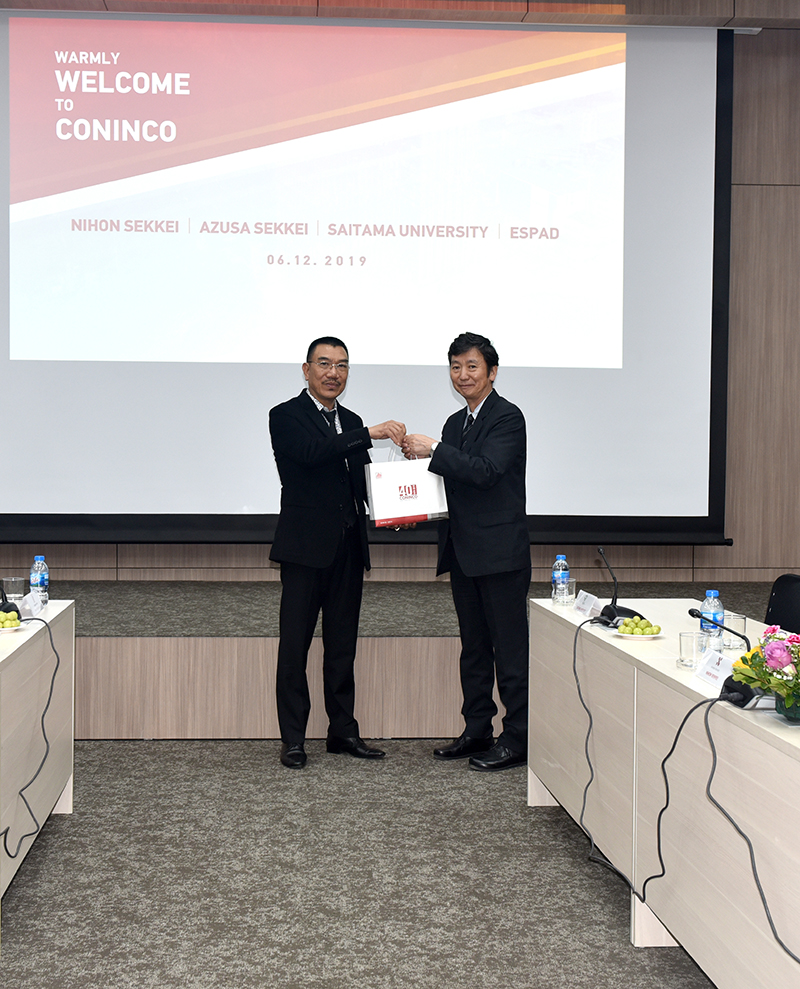 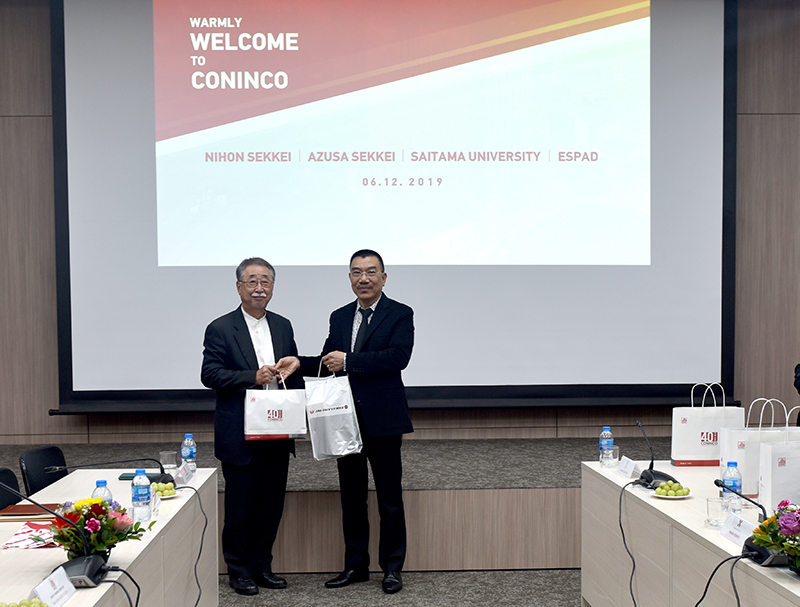 The ceremony took place successfully in a solemn, cheerful and friendly atmosphere.

Some other photos at the ceremony: 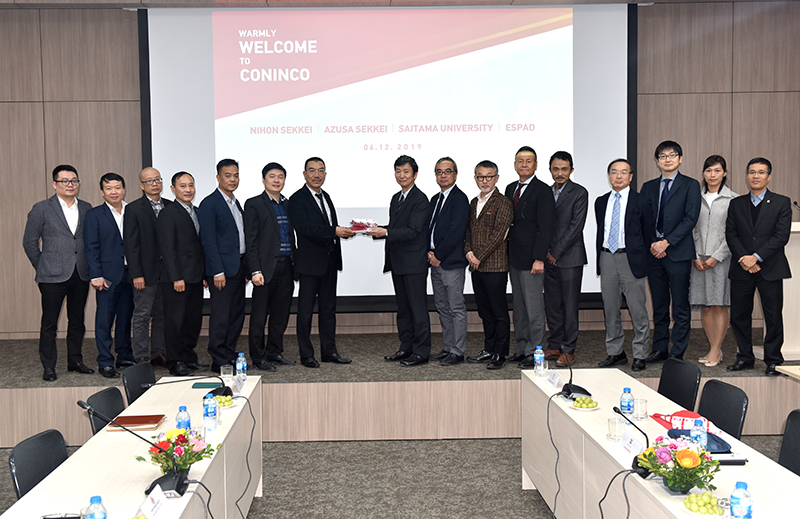 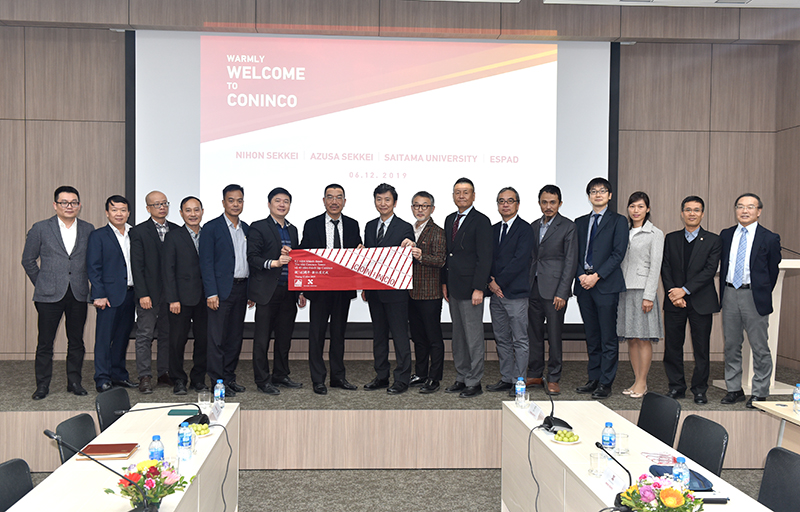 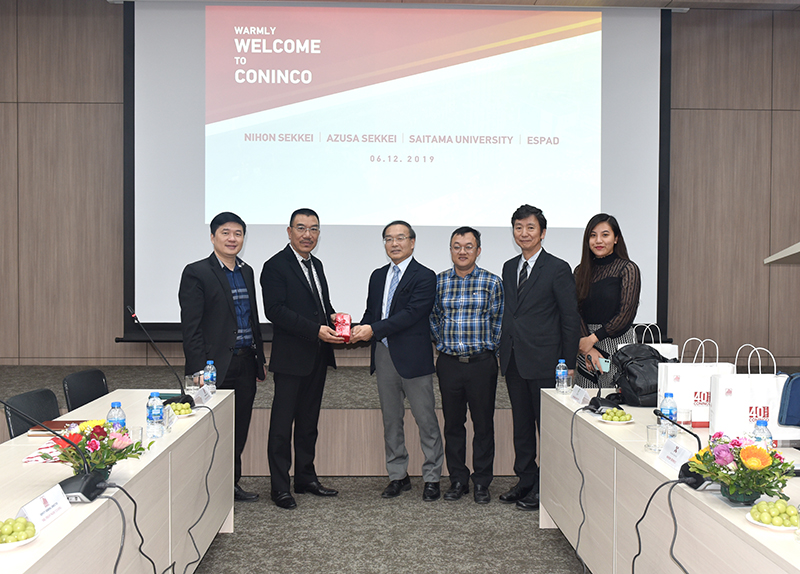 The representatives of the partners give presents to CONINCO