A Working visit to CONINCO of SAMYANG VALVE (Korea) 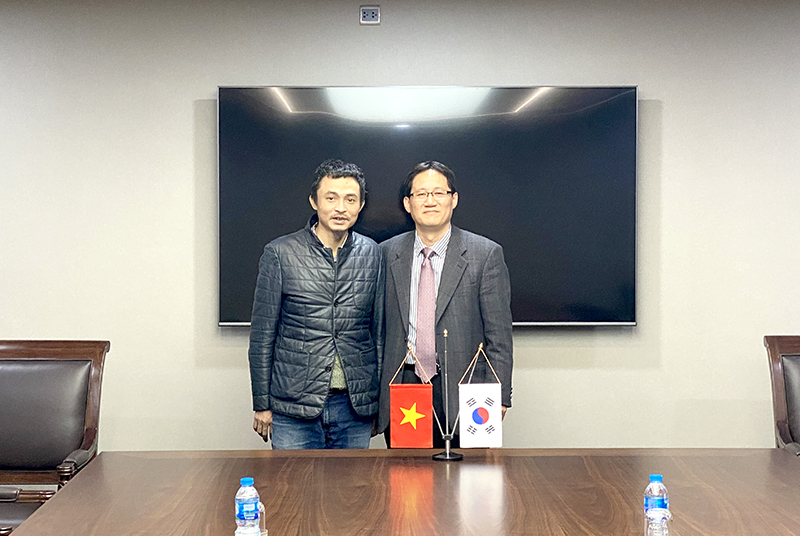 Samyang System Group and CONINCO are two companies with many years of cooperation. In September 2018, the two sides signed a contract to develop products for control valve products of Samyang System Group. Currently, Samyang Valve has opened a representative office in Hanoi.

During this working trip, Mr. Hyang-Taik Shim proposed the cooperation process with CONINCO in deploying the company's control valve products to Vietnam market. He expressed with his experience and leading position in the field of construction consultancy, the support from CONINCO will help Samyang Valve to have many advantages in expanding market share in Vietnam.

Responding to the partners' wishes, Deputy General Director Nguyen Huy Anh expressed that CONINCO is always ready to cooperate and support Samyang Valve in building market in Vietnam, Deputy General Director Nguyen Huy Anh also drafted a plan to work with Samyang Valve to bring the company's products to the Vietnamese market through projects that CONINCO is and will implement in the near future.

At the end of the meeting, Mr. Hyang-Taik Shim thanked CONINCO's leaders for warmly welcoming and working, and emphasized the close cooperation between the two sides in the coming period to Samyang Valve's products will soon appear in Vietnam market.